You Are Here Home » Sweets » Berry Cheesecake​ (Huckleberry or Blueberry)

It seems like recently I've been baking a lot of cheesecakes. I mean, can you really blame me? They're certainly everyone's favorite. But then there are no-bake cheesecakes; usually, I'm not a big fan.

I prefer the more dense texture of baked cheesecakes instead. But then I tried this Berry Cheesecake! Let's just say my has been changed.

I'm calling this a "Berry" Cheesecake, but the original recipe uses huckleberries.

I realize that huckleberries are not available to everyone, especially my San Diego and Chicago friends and family.

Huckleberries are also super expensive. A local market here in Montana is selling them for $18 for a quart-size bag. It's not even a full bag for crying out loud! So by all means, use blueberries as an alternative.

The Origin of this Berry Cheesecake Recipe

My neighbor, Neil, who I spoke of in my Huckleberry Pie recipe, mentioned a huckleberry cheesecake that his wife Gail makes. This was while we were huckleberry picking on Mt. Marston. No, I won't tell you the exact location, so don't ask!

Neil affectionately nicknamed this huckleberry Cheesecake "Huckleberry Delight." I love that name, don't you? When I asked Gail for the recipes, she told me to google "That Huckleberry Recipe."

According to the contributor, Just Janie, her sister, Suzie, found the recipe in a Twisp/Methow Valley WA newspaper in the 1980s, or even earlier.

So I'm not sure who to give the credit to for this amazingly delicious berry cheesecake, but whoever you are, THANK YOU!

I think this recipe has made its rounds. As a matter of fact, last week, after church, I had a slice of huckleberry cheesecake at a local restaurant called "Four Corners."

Not only was it delicious, but it also tasted almost identical to the original "That Huckleberry Recipe."

After printing the original recipe, somehow I failed to see the part where you needed a 9" x 13" dish to bake the cheesecake in. In my mind, cheesecake has to be round. As a result, I had so much filling!

I filled the first round pie pan, then the second, and even filled six Keebler Mini Pie Crusts! And yes, I still had more filling leftover. It finally dawned on me what the issue was.

After that first fail, I altered the portions to make it enough for one regular-sized berry cheesecake.

I also took Gail's suggestion and layered the berry filling in-between layers of the cream cheese/whipped cream mix. Gail mentioned that it was prettier to cut into, and I totally agree!

Besides layering the cream cheese filling and the berry filling, I made the following adjustments.

Although this berry pie is very simple to prepare, I'd like to give you a few suggestions if you're short on time and need to cut corners.

You may also enjoy the following recipes: 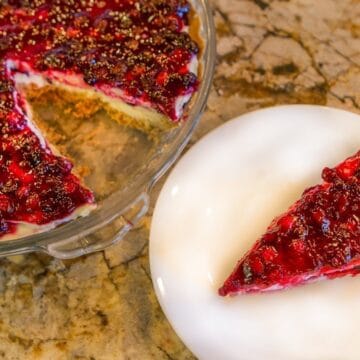 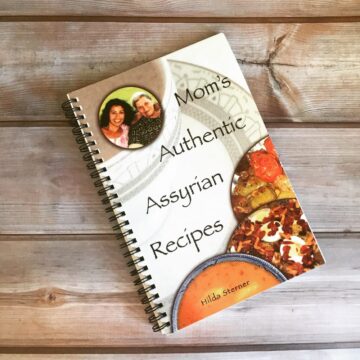 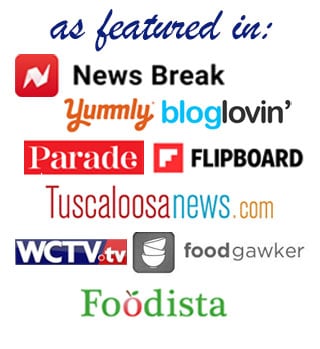 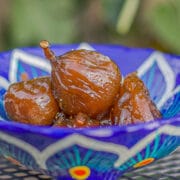 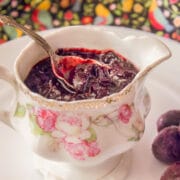 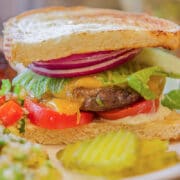 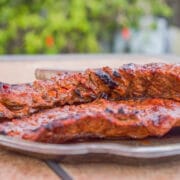 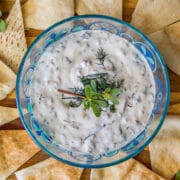