You Are Here Home » Vegetarian Recipes 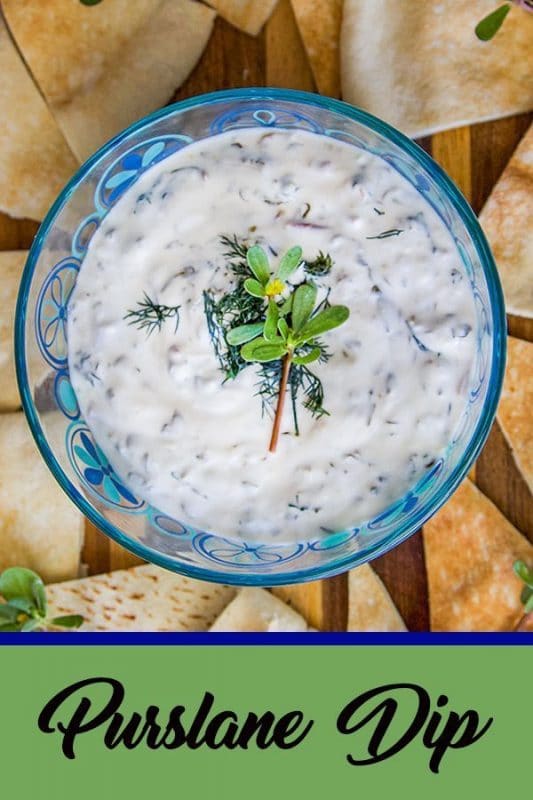 This Purslane Dip Recipe can be compared to Spinach Dip, but it's way healthier! Instead of sour cream, we use healthy Home-Made Yogurt which is not only lower in fat but higher in protein. However, purslane is the star of the show in this delicious Purslane Dip which is usually served with pita bread or pita chips.

What is healthier than spinach, and the key ingredient in this tasty and healthy dip? Purslane! If you're not sure what that is, don't feel bad, most people don't. Of course, if you don't want to make your own yogurt, plain Greek yogurt can be used.

Whether you go foraging for Purslane or buy it at a local market or a farmer's market, be sure to give this tasty purslane recipe a try!

How to Make Purslane Dip

Meanwhile, measure out two cups of yogurt and mix in salt and dill.

Squeeze out any excess water from the steamed purslane. Saute purslane in butter for a few minutes. Add garlic and saute for another minute.

Add purslane and garlic to the yogurt, mixing to combine. Refrigerate for at least an hour. Serve with pita chips, crackers, or bread.

Purslane (Portulaca Oleracea) is enjoyed as a culinary ingredient in the Middle East, Asia, and throughout Europe.

Most people consider purslane to be a pesky weed, but some cultures know of its many health benefits. Chances are you have this weed invading your garden at this very moment!

You're likely to find it growing amongst the plants in your garden or in-between cracks in the sidewalk. It is a very hardy plant that can be hard to control.

The fact that it's so hardy is actually a good thing, especially when you're using it as a food source. So now that you're "in the know," consider harvesting this tasty weed to use in your recipes, instead of eradicating it as a weed. 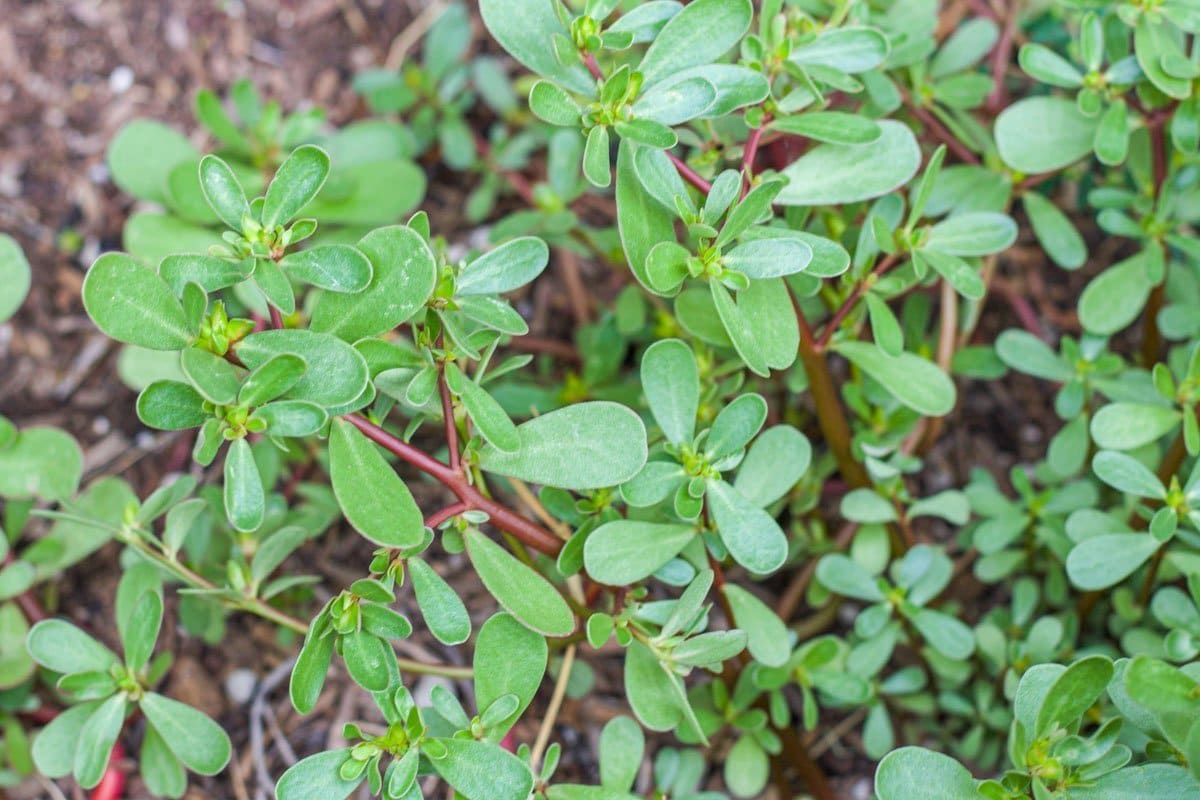 How do you harvest purslane for recipes?

Now that you’ve found Purslane, how should you harvest it? First, make sure it has not been sprayed with pesticides or chemicals. Second, confirm that it’s not in an area that was ”watered" by animals. 😉

I recommend using scissors to cut what you need and leave the rest to grow. However, if you pull it out from the roots, most likely more will grow.

Once the Purslane flowers, the seed pods will release tiny little black seeds that will keep the growing cycle going.

The yellow flowers, seeds, and stems are all edible. However, I generally only use the leaves and stems in my recipes. To learn more about Purslane, check out this informative article. 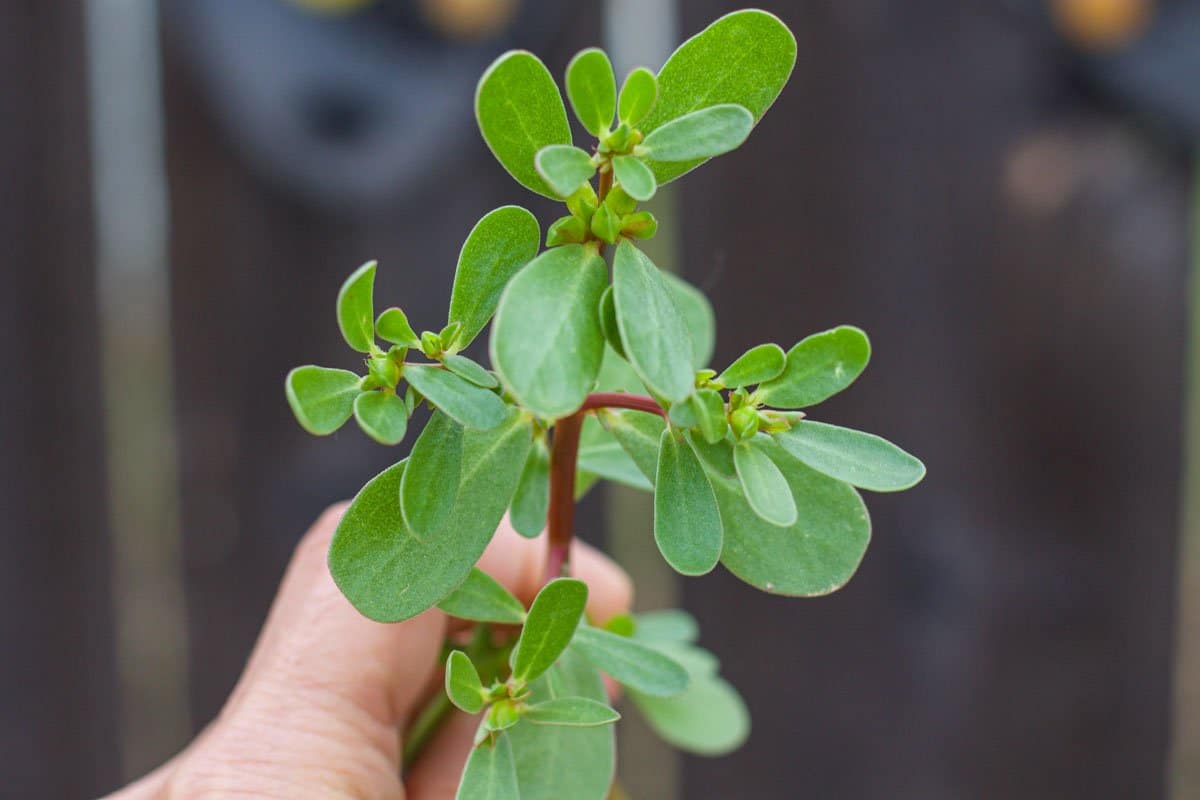 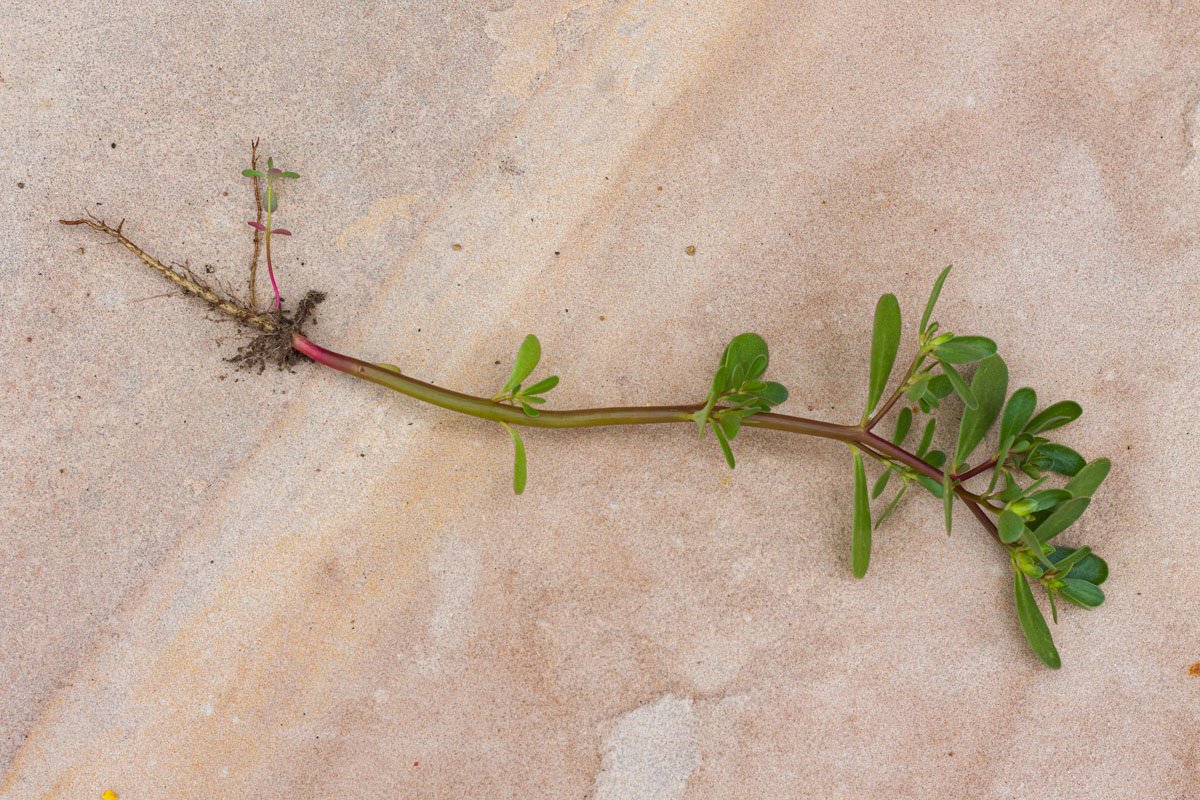 What are the benefits of eating Purslane?

Purslane is a delicious edible succulent with a slightly sour, lemony flavor. It can be eaten raw, steamed, or fried. It's also a wonderful addition to soups due to its thickening quality.

Purslane can also be added to salads. Nutritionally, it has six times more vitamin E than spinach and seven times more beta-carotene than carrots. It's also high in Magnesium, vitamin C, and Omega 3s.

Not bad for a weed, right? So if you're looking to add more nutrition to your diet, don't overlook this nutrient-packed edible weed! 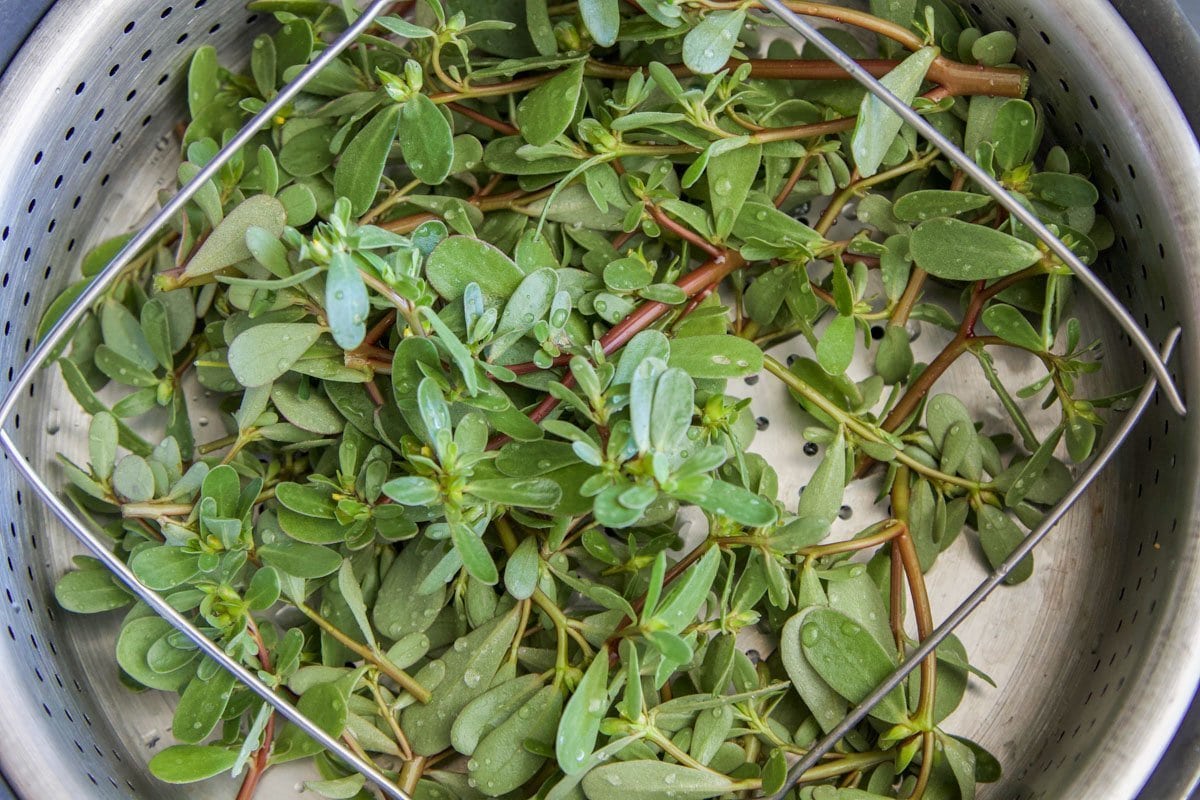 Although Purslane recipes can be found on the internet, there was a time (and not too long ago) that most people didn't know you could eat Purslane, let alone know how to prepare it.

Assyrians love to use Purslane in recipes. One of those recipes is Booshala. This popular Assyrian soup made with yogurt and herbs, including Purslane.

Packed with nutrition, Booshala is usually lovingly prepared by Assyrian moms when a family member is suffering from a cold or the flu. It’s the Assyrian mom's answer to chicken soup.

Another Purslane Recipe is a favorite among many Assyrians. It's not so much a "purslane recipe" but there is purslane added to Dolma filling. It's a great way to sneak in even more nutrition!

Purslane can also be used when making Chili Verde. You see, Assyrians aren't the only ones who know about the benefits of purslane. In fact, there are other Mexican purslane recipes as well!

The deep, complex flavors in this Chili Verde are achieved by broiling the vegetables, searing the pork, and adding just the right amount of seasoning. After that, just sit back, relax, and let your Instant Pot do the rest! 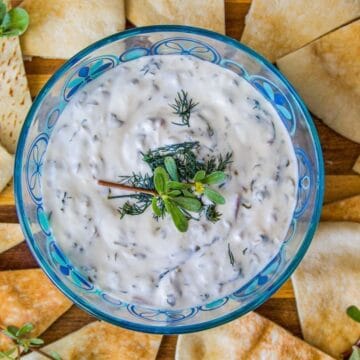 Purslane Dip and other Purslane Recipes You Have to Try!