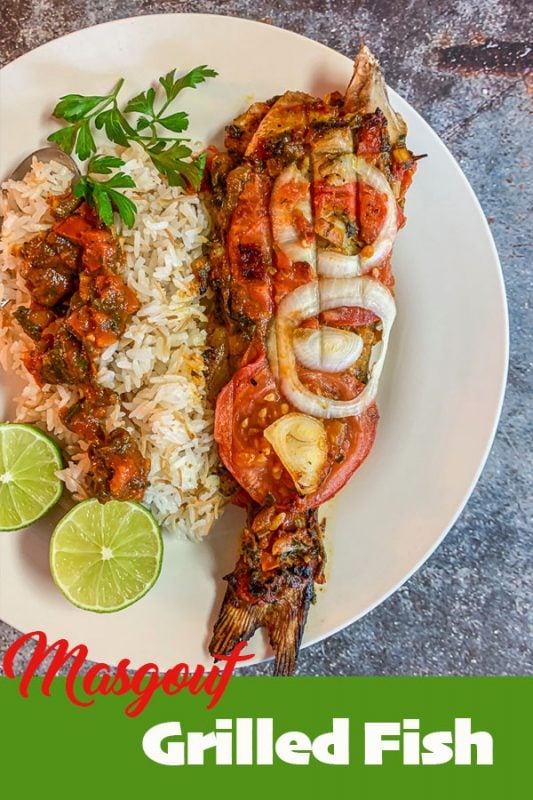 "Masgouf" is Iraq's National Dish. The word "Magouf" means "covered" in Arabic so this recipe really lives up to its name! Fresh carp is butterflied and smothered in a delicious spicy tomato sauce and cooked suspended over hot coals. Assyrians don't generally cook a lot of seafood dishes, at least not in my extended family. However, I'm very glad that Masgouf was an exception, which is always served over a bed of Vermicelli Rice.

In the early '70s, my family lived in Iraq. We actually lived there until I was ten years old. We moved to the United States in 1976. Back then, mom prepared Masgouf quite regularly.

I remember back when my father would come home from the market, with a large carp in tow. The fish would be handed over to my mom, who would work her magic to prepare the BEST Masgouf I've ever tasted.

Mom began by butterflying the beautiful, large carp. Next, she worked on the sauce, while my father prepared the firepit outside.

After mom seasoned the fish and smothered it with sauce, dad would carefully suspend the thing of beauty over the fire.

Isn't it crazy that I can still smell the heavenly aroma?

When it was time to eat, we would spread a blanket on the ground. The Masgouf was the star of the show, while Vermicelli Rice was always served on the side. Both were placed in the center of the blanket. Our entire family (nine in total) would sit in a large circle around the meal. We feasted like kings, under the stars.

Rub salt and curry into fish and set aside as you prepare the sauce.

Chop half of the onion, along with the cloves of garlic and sauté in vegetable oil.

Chop one of the tomatoes and add to the same pan, along with the parsley, tomato paste, vinegar, lemon juice, water, salt, curry, and cayenne pepper.

Stir until all the ingredients come together to form a rich sauce.

Smother the fish with the tomato sauce. Slice and arrange the remaining tomatoes and onions on top of the fish.

Grill the fish in a grill basket for 20 minutes, flipping halfway.

If you prefer, bake in the oven for 30 minutes at 375-degrees F. Broil for a few minutes before serving.

What Fish is Used to Cook Masgouf?

In Iraq, carp is used to make Masgouf. The large carp mom used to make masgouf was tastier than any fish I've had since.

Although carp isn't a fish known for being highly desirable in America, Iraqi carp was actually exceptional. At least they used to be back in the early '70s when we lived in Iraq.

After all, the carp was
caught straight out of the Euphrates River. If you know your Bible trivia, then you are aware that the Euphrates River ran through the Garden of Eden. Maybe that had something to do with how good it tasted?

These days I use any mild white fish. This includes tilapia, catfish, or lingcod (when I can get my hands on some).

Back in Iraq, the masgouf would be suspended over two stakes and cooked over a fire. This image depicts the way it's cooked. The only thing missing is the sauce that masgouf is normally smothered with.

These days I prepare masgouf in the oven or barbecue it using a grill basket. No matter what method I use to cook the Masgouf, or who I'm enjoying it with, it always takes me back to those simpler days gone by; oh how I miss them.

These days when I prepare masgouf, it's not as an elaborate of an experience. I'm usually eating it alone, or maybe with a friend or two. But instead of dwelling on the past, I look forward to creating new memories with old and new friends! 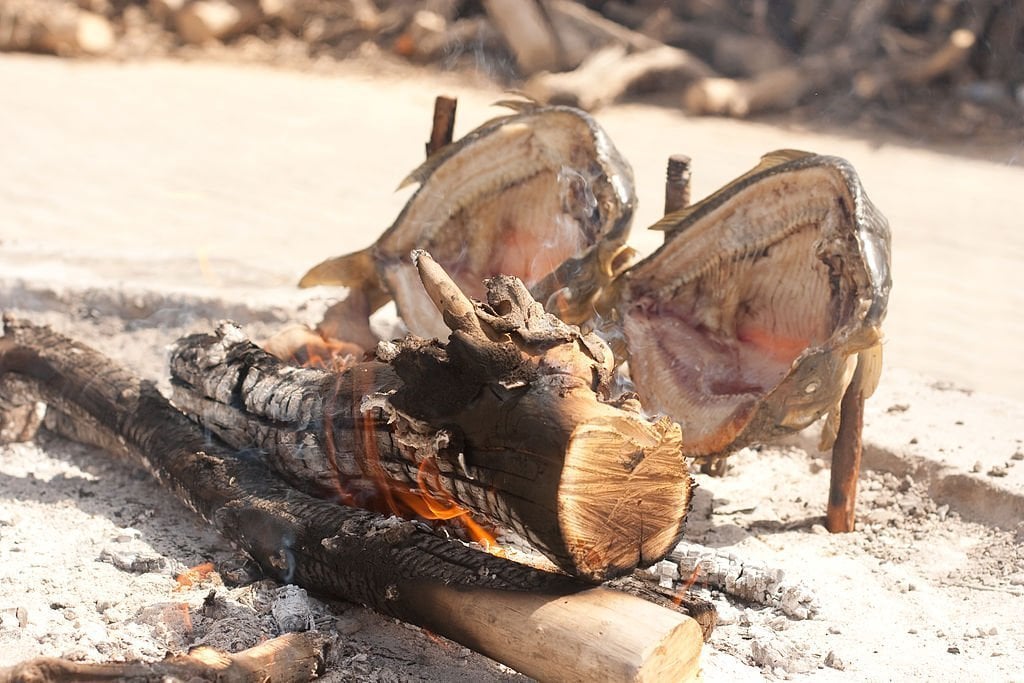 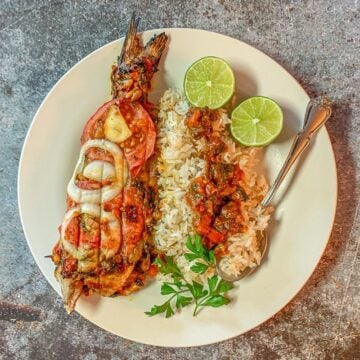