You Are Here Home » Spice and Seasoning Recipes 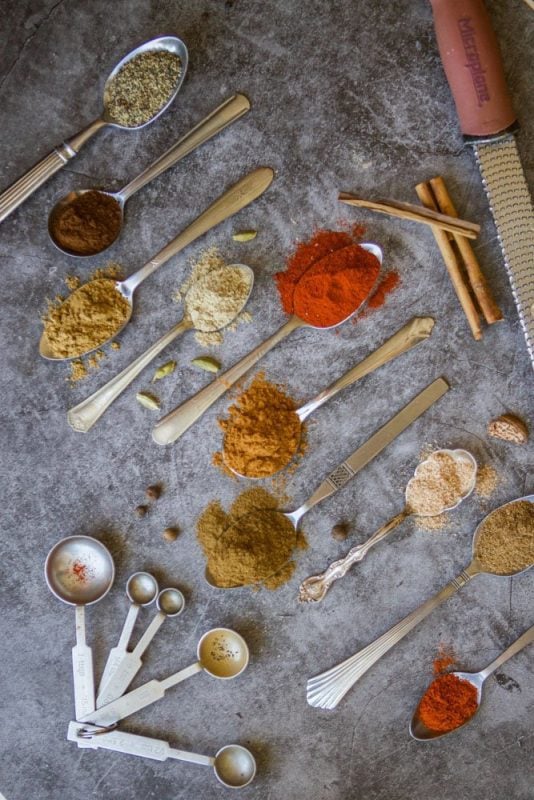 Baharat is a Middle Eastern spice blend used throughout the Middle East and the Mediterranean region. This Baharat recipe is similar to Indian Garam Masala or Biryani Spice. It is made with an array of aromatic spices that are sure to enhance your dishes!

Although you can purchase Baharat pre-made, there's nothing like making it yourself. For best results, be sure to use fresh spices when making this Baharat Seasoning.

🧐Why This Recipe Works

When making any spice blend, always start with fresh, whole spices. The end result will be way more flavorful!

🧂How to Make Baharat Spice Blend

STEP 2: Allow spices to cool before handling. Remove nutmeg, and grate separately using a microplane. Grind the remaining spices into a fine powder either by hand with a mortar and pestle or a spice grinder.

Pro Tip: You may need to grind the spices in batches.

STEP 4: Mix all the spices together then store the baharat spice in an airtight container for up to a year.

What is Baharat made of?

The Turkish word "Baharat" means "spices." Additionally, it is also referred to as "Middle Eastern 7 spice." 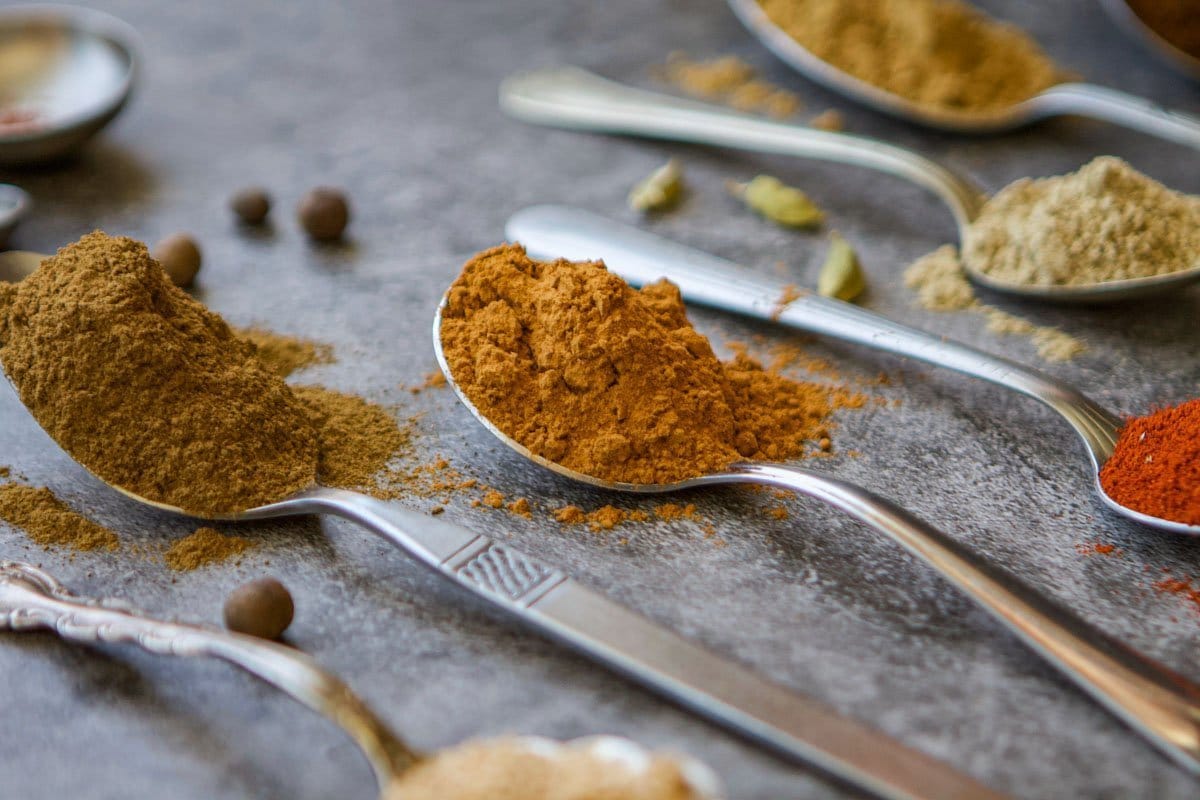 What Can You Substitute for Baharat?

Since Baharat is a blend of many spices, it's hard to pick just one spice to replace it. However, a similar spice, known as "Ras el hanout," would be a great substitute.

Ras el hanout usually contains the same spices as Baharat, along with ginger, mace, and fenugreek.

You can also use Biryani Spice recipe, which has a lot of the same spices.

Another option is to use any of the following spices that you have on hand: black pepper, allspice, paprika, coriander, cumin, cinnamon, cardamom, nutmeg, cloves, and chili.

However, make sure you keep the same proportions used in this recipe. If you're making a batch, make note of the spices omitted, so that you can purchase and add them to the Baharat spice mix at a later time.

Are Baharat and Allspice the Same?

Baharat and allspice are not the same. Allspice is a berry, and the name all spice does not imply a mixture of spices. Allspice berries are usually ground into a powder and commonly used in Middle Eastern recipes.

Baharat, on the other hand, is a Middle Eastern spice blend tha contains allspice along with other spices including cloves, cardamom, black peppercorns, and cinnamon. 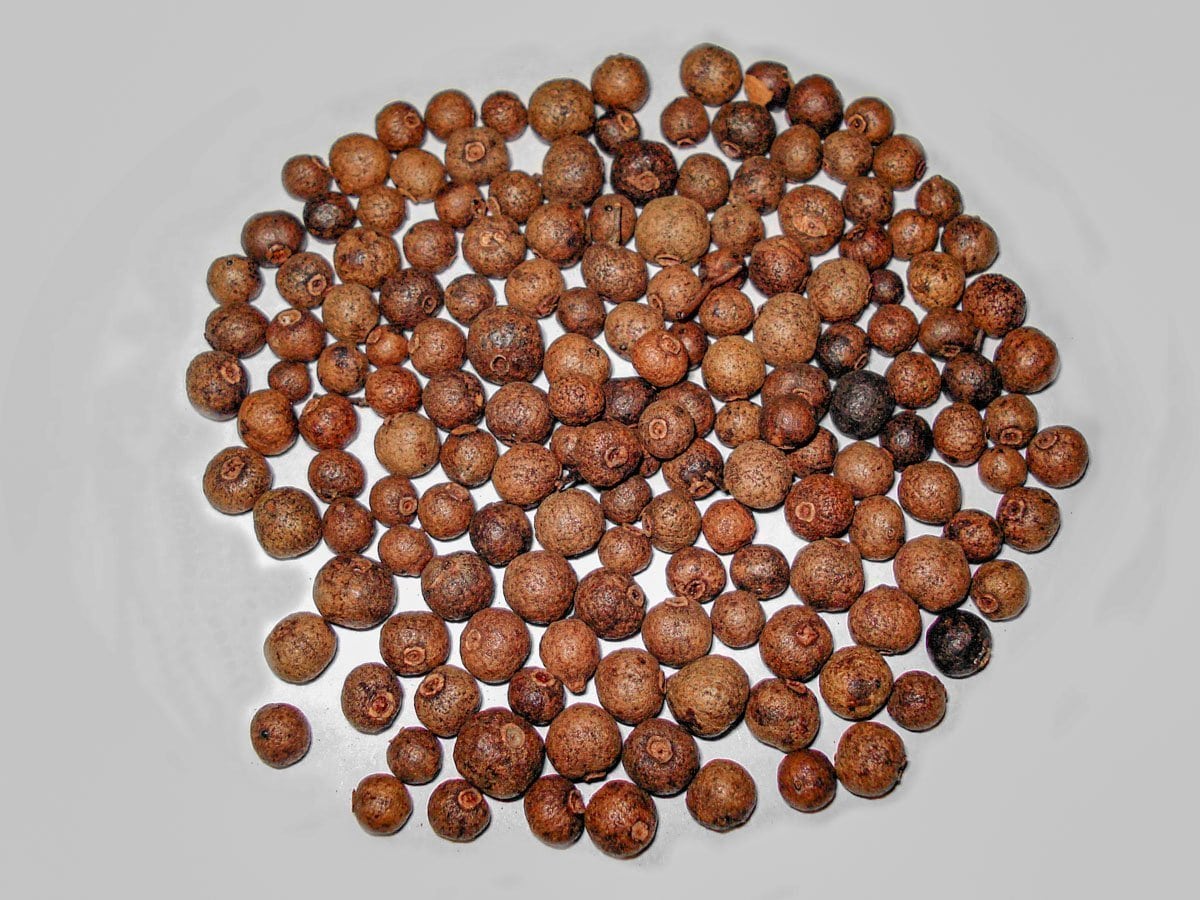 🍵 How to use Baharat Spice Mix In Recipes

Baharat can be used to season meat, chicken, lamb, and fish. It is also used to flavor soups and marinades. However, my favorite way to use it is in Chicken Biryani (Spicy yellow rice, loaded with shredded chicken, meatballs, potatoes, and onions).

You can also add baharat spices to dry rub or to season the meat filling in Assyrian Egg Rolls (Bourak), and in Kubba filling.

Another great way to use baharat is in sauces, stews, or to season Beef Kafta.

If you enjoy making your own spices and seasonings, you may be interested in learning how to make your own Corned Beef Spice Blend, Biryani Spice, Pork Rub, and DIY Shawarma Seasoning Blend. 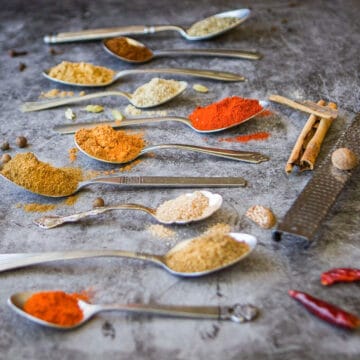